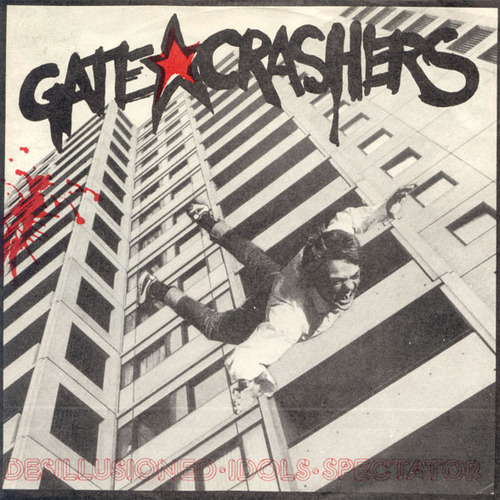 Gate Crashers was a Danish punk band from 1979 – 81. The band played at the legendary punk venue “Concert Of The Moment” in 1979. The song “Spectator” is from 1980 and on the b-side of the single are two tracks, “Disillusioned” and “Idols”. It was the first release on the Danish record label Irmgardz with catalogue number IRMGS 101.