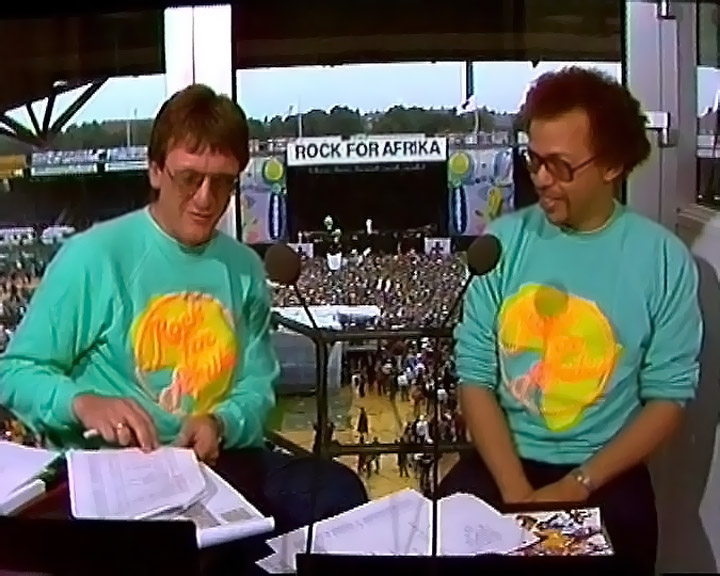 Afrika (better known as: Give a hand to Africa) is the title of a Danish pop song from 1985 written by Nanna and recorded by a number of the 1980 largest Danish pop and rock musicians as a support for the starving people in Africa. The song became one of the year’s biggest Danish hits. The song came about after the Red Cross had a competition to make a Danish record, inspired by the success of the British Do They Know It’s Christmas? by Bob Geldof and Midge Ure in 1984 and its American counterpart We Are the World by Michael Jackson and Lionel Richie. Nanna won the competition, and the song was recorded in the Feedback Studios in Viby, Jylland. The song was performed live at the televised benefit concert Rock for Afrika, held that year in the National Stadium Idrætsparken in Copenhagen, where almost all the cast from the record were performing.

[via Mogens Toudahl in East Berlin]