Nelson Can is a Danish all-female band founded in 2011. However, the musical cooperation between the band members is a bit older. The band consists of Signe SigneSigne, Selina Gin and Maria Juntunen. A long with previous drummer; Tami Harmony Panik Vibberstoft, Selina and Signe were also the previous members of the now dissolved band Niels På Dåse. The whole thing started with a lie about having a band that didn’t actually exist. All of a sudden there was no turning back and the girls decided to actually make a band. Later the band was dissolved (this is indeed a girl band) and a couple of years went by without musical activity, but in 2011 the three girls agreed to restart the collaboration and made the band Nelson Can. It’s a new band, with new energy. On January 13th 2012 Nelson Can released their first single “Apple Pie” on iTunes and on January 30th they released their debut EP alongside fellow acts Echo Me and The Freudian Slip. The band quickly won critical acclaim, and they were one of the first bands to be announced to play at Roskilde Festival 2012. Nelson Can has toured most of Northern Europe already. In august 2012 the band had the honor of warming up for the Black Keys when they played in Copenhagen and in November the band played at Iceland Airwaves. Furthermore Nelson Can has been announced for EuroSonic 2013. Nelson Can was just confirmed for Steppeulven 2013. [Source]

Listen to the remix on Spotify here. 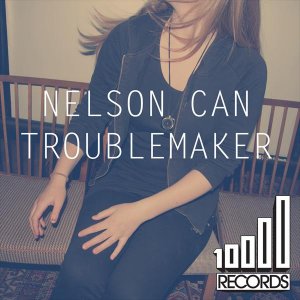